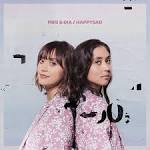 Meg (メグ Megu, born October 3, 1980 in Hiroshima, Japan) is a Japanese singer-songwriter, composer, and fashion designer. Meg made her singing debut in 2001 with the single "Kasa to Shizuku", under the all-lowercase stage name of "meg". She later signed to Dream Machine, part of the Warner Music record label, and in July 2002, released “Scanty Blues”, produced by Okamura Yasuyuki. In the summer of 2004, Meg started her own fashion brand called “cheryl”, and soon after Yasuyuki stopped producing her music, rumored to be because of her attitude. In January 2006 she changed the capitalization of her stage name from "meg" to "MEG". Her third studio album, Aquaberry, reached #1 on the Pop albums chart on the Japanese iTunes Store upon its release. Meg began working with producer Yasutaka Nakata in 2007 and released her ninth single, “Amai Zeitaku” in the May of that year. She has since worked with other producers, including the new rave English band Hadouken! for her 14th single, "Freak", and the Shanghai Restoration Project for a mini album titled Journey. Her sixth studio album Beautiful, was released on May 27, 2009. Her seventh full studio album, Maverick, will be released on June 23, 2010, once again featuring production and songwriting work by Yasutaka Nakata. In July 2010, Meg wrote in her blog informing fans that she would be leaving Universal Music Japan and travelling to Paris for a break. She will release her final single for the time being, Passport/Paris, and a compilation album titled Best Flight with her label before going on indefinite hiatus.