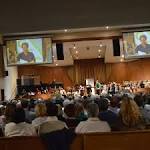 Incarcehated is a thrash metal band from João Pessoa, Brazil. Founded in 2013 by guitarist and vocalist Arthur Hermann, lead guitarist Cácio Zérra, Bassist Thiago Rodrigues and Drummer Lucas Anderson. The band recorded their first demo "Halfskull" during 2014, an 5-track EP who gave them attention to start doing some local shows and to record their first album. In 2015 they were featured in a worldwide compilation by EMP Label Group, record label from Megadeth Bassist, David Ellefson. On december 16th of 2016, they released their debut album "Tales From The Streets" via Sepulchral Silence Records. 9 new tracks was released including videoclips for songs like "Dead Man" and "Conspiracy".